by The Aurora Project 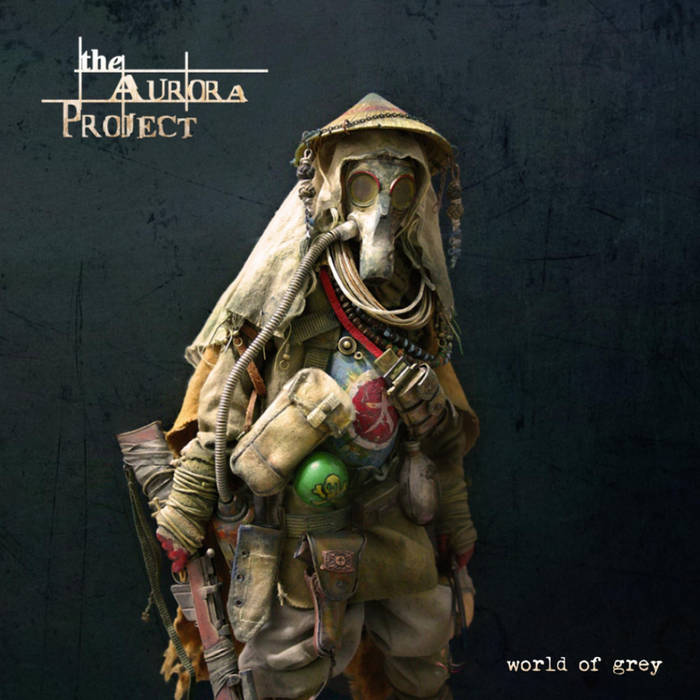 The Aurora Project return after an absence of 2 years with their new, fourth, concept album ‘World of Grey’.
The band were forced to take a step back when their rhythm guitarist and lyricist Marc Vooijs suddenly passed away in 2014. At that point the band were about to start creating the concept of their new album. The remaining members decided to take a break for a year to decide their future. But two things were clear, the band would not disband and Marc’s spot would not be replaced.
After a year the band started creating the concept of ‘World of Grey’. Based on the ideas Marc had, Mox took over his task and created the concept for ‘World of Grey’. The band wrote the music with their future live performances in mind. So the music of the band has changed in a sense that there is no longer a second guitar. The void is filled in with keyboards and bass, which makes the music of The Aurora Project more prog rock instead of metal.
The concept ‘World of Grey’ is set around the tension between an established world order and the people, of which the latter will lose out. Through increasing bugging and restrictions on media and Internet, the mouth the people are surreptitiously gagged and freedom curtailed. Democracy is no more and a gray blanket of control and repression descends over the world.

Bandcamp Daily  your guide to the world of Bandcamp

Cannibal Corpse's George "Corpsegrinder" Fisher stops by for an interview